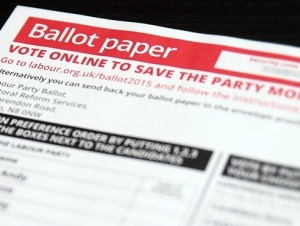 The new Labour leader, Jeremy Corbyn, has been elected in the largest online voting election in UK history after 422,871 voters took part in the process.

Figures released by Electoral Reform Services, who coordinated the election, showed that 81% of these votes were cast online making it the largest online voting election in UK history.  The total number of votes cast online was 343,995.

Whilst originally having odds of 200-1, Corbyn quickly became the frontrunner and eventually won the contest in the first round with 59.5% of the vote.  Rivals Andy Burnham, Yvette Cooper, and Liz Kendall came second, third, and fourth respectively.

The demand for online voting in the UK has grown significantly in the past year with a recent poll by WebRoots Democracy and YouGov finding that 56% of the British public want online voting implemented in the upcoming EU referendum.  In London, another WebRoots/YouGov poll found 59% in favour of implementing online voting in the Mayoral election. Labour’s recently elected candidate for Mayor, Sadiq Khan, and the Conservatives’ frontrunner, Zac Goldsmith, have ‘thrown their weight’ behind the campaign.

The Conservative Party will also be using online voting for their London Mayoral selection as have the Liberal Democrats and the Green Party.

The number of online votes cast in the Labour leadership election is almost twice the number of those cast in this year’s Estonian Parliamentary elections in which 176,329 votes were cast online. There is also a significant difference in the proportion of votes cast online compared to paper.  The proportion of votes cast online in Estonia was 30.5%, 50 percentage points lower. Estonia is currently the only country to use online voting in nationwide Parliamentary elections.

Calls for online voting to be introduced in UK elections have been made by Speaker Bercow’s Commission on Digital Democracy as well as the House of Commons Political and Constitutional Reform Select Committee.

Mr Corbyn has been appointing a new Shadow Cabinet which includes John McDonnell MP as the new Shadow Chancellor of the Exchequer.  McDonnell is a strong advocate of introducing online voting in elections having recently cited WebRoots Democracy’s Viral Voting report in his calls for online voting to be an option in the upcoming EU referendum.

9 Replies to “81% voted online in the Labour leadership election”