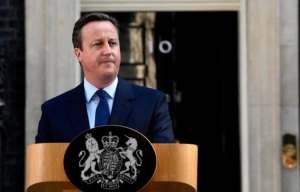 Following the resignation of David Cameron in the aftermath of the EU referendum, the Conservative Party are to elect a new leader and Prime Minister for the United Kingdom. Similar to the Conservatives’ selection of their 2016 London Mayoral Candidate, Zac Goldsmith, the election will be conducted via postal ballots and online voting.

This is according to the BBC, who also report that the postal ballots will be counted electronically.

Ballot papers will be sent out in the middle of August with voting closing at noon on the 9th of September.

The election of a Prime Minister is a rare occurrence in British politics, due to the Prime Minister usually being elected as the result of parliamentary elections in which the electorate vote for their local MPs.  The leader of the party with the majority of MPs then becomes Prime Minister.

However, as David Cameron has resigned mid-way through a parliamentary term, the decision of who becomes the next Prime Minister goes directly to the members of his Conservative Party.

The choice has been whittled down to two candidates, Home Secretary, Theresa May, and Energy Minister, Andrea Leadsom.

The decision of the Conservative Party to use online voting for high stakes elections such as the London Mayoral candidacy, and now the next Prime Minister, contrasts against the Government’s position on online voting for UK elections.  The Government is currently reluctant to introduce the reform due to not having “certainty” on its security.

It also contrasts against their stance on introducing online voting for trade union strike ballots.

Writing in response to WebRoots Democracy’s Secure Voting report earlier this year, John Penrose MP, Minister for Constitutional Reform said, however, that the Government is keeping it “under close review.”

Following the EU referendum, youth organisations in the UK, including the National Union of Students and Bite the Ballot, joined forces to tell the Government to introduce online voting in an open letter published on the WebRoots Democracy website.  More than a thousand people have also added their name to the petition for online voting on the Parliament website.

UPDATE (11/07/2016): Following the withdrawal of Andrea Leadsom from the leadership race, there will no longer be a membership election and Theresa May has been appointed the new UK Prime Minister.