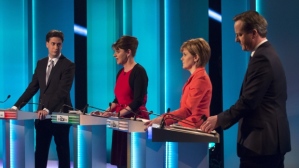 A new survey by Mancunian marketing agency, Tecmark and polling company YouGov has found that 63% of adults in the UK believe that the introduction of online voting would boost turnout in elections.

The data shows that support is strongest amongst women, those who live in London, and those aged 25 to 39.  It is also most popular amongst Northerners and those who voted for the Liberal Democrats in 2010.

We have a thriving digital community in the UK with global expertise. If Parliament is serious about modernising and becoming more relevant, then smartphone/tablet voting must become a reality sooner rather than later.”

Last month, WebRoots Democracy’s ‘Viral Voting’ report found that the introduction of online voting could boost turnout by nine million and save taxpayers around £12.8 million per General Election.  It also found that it could significantly reduce the number of accidentally spoilt ballots cast and enable vision-impaired voters to cast a secret ballot for the first time.

The Tecmark/YouGov poll also found that trust in the security of online voting was an issue with 40% of respondents stating that it is their ‘biggest concern.’

The poll found a slightly greater proportion of female voters were in support of online voting (42%) than male respondents (40%).

This reflects a number of other polls from WebRoots Democracy, Sky News, Demos, and Lodestone which found greater support for online voting amongst women than men.  In the 2010 General Election, only 39% of young women voted compared to 50% of young men.

With regards to 2015 voting intentions, the survey finds support for online voting most popular amongst supporters of Labour (48%) followed by supporters of the Liberal Democrats (41%), Conservatives (38%), and UKIP (34%). Opposition was strongest amongst those intending to vote for UKIP (30%).

Support for modernising elections with online voting has received support from the Speaker’s Commission for Digital Democracy, the House of Commons Political and Constitutional Reform Select Committee, and the Labour Party.

2 Replies to “New poll finds most support for online voting amongst women, Londoners, and 80’s kids”