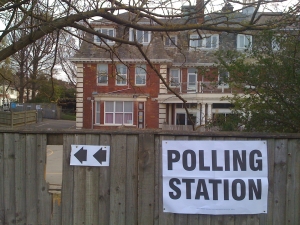 New insights published by polling company Opinium has found that, if introduced in the future, online voting would be the most popular method of voting in the UK.

Reflecting a pattern apparent in numerous other studies, the survey results show that online voting would be more popular amongst women than men.  46% of female respondents said they would choose to vote online compared to 43% of male respondents.

Online voting would be the most popular option amongst those in different socio-economic groups with 46% of respondents from the ABC1 group choosing to vote online as well as 43% of those in the C2DE group.

The survey provides an interesting insight into the impact of online voting in the UK as the findings differ from the experience that Estonia, which has been voting online since 2005, has had.  In their Parliamentary election earlier this year, 30.5% of voters chose to vote online. When online voting was introduced for the first time in Parliamentary elections in Estonia, just 3.4% of voters voted online.

The findings from the Opinium study likely reflect the culture of the UK which has embraced the internet for accessing information and services.  The statistics in the Viral Voting report published in March showed that 74% of adults shop online; 53% bank online; 55% read the news online; and 60% of the population socialise online.