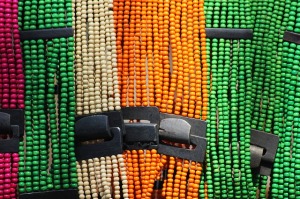 In what’s been described as a ‘one of its kind project in Asia’, the Gujarat Election Commission in India has announced that an online voting option is to be introduced for the October local authority elections this year.

“This is a one of it’s kind project in Asia.  No other election commission in India is offering this.  We expect the facility to be availed by those who have no time to come out to booths and vote.  Now that voting is compulsory in the local body elections from this time, the online facility will facilitate and complement the same.”

In 2014, the state passed a bill making voting mandatory and ensuring a 50:50 male-female gender balance in local bodies.

Regarding the security of the system, Joshi said:

“Voters will have to use the same hardware for which the verification has been done.  At the time of voting, a one-time password will be sent to their mobile phones, which will be followed by verification online.  Then, the voter will be allowed to cast the vote online.”

The announcement comes shortly after Lithuanian Government approved proposals for online voting in Presidential, Parliamentary, Local, and European Parliament elections.  It also follows shortly after the 10th anniversary of electronic voting in Estonia.

The online voting method in Gujarat will be used for all six municipal corporations of Ahmedabad, Vadodara, Surat, Rajkot, Bhavnagar, and Jamnagar.

The combined population of these areas is approximately 14.7 million.