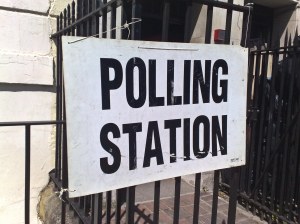 As we take the time to recognise and celebrate the achievements of women today, it’s important to recognise the low turnout of women at the last general election. A study carried out by the ‘House of Commons Library at the request of Labour deputy leader Harriet Harman, showed that 9.1 million women didn’t turn out to vote in the 2010 general election’.  The number of women turning up to vote has declined over the years. In 2005 and 2010 there were more male voters than female. Furthermore, 64 per cent of women voted in the last general election, compared to 67 per cent of men. The difference is even wider amongst younger voters with only 39 per cent of young women voting compared to 50 per cent of young men.

The general election on 7 May is going to be crucial and the number of women that turn up to vote will certainly make an impact on which political party gains power. It’s therefore really important that women turn out to vote. It is alarming to read that in 2015 that the turnout gap between sexes is getting wider, with women falling further behind when it comes to voting.

Gender inequality stills exists in the UK. The Equal Pay Act was passed 44 years ago and women still earn just 81p for every pound a man earns. Furthermore, the government’s own figures estimate that two-thirds (400,000) of those hit by the bedroom tax are women.

It is clear that there are many issues that affect women, but I believe that voting enables you to push for greater equality. It’s important that women are informed that the coalition has made changes to electoral law which means that registration must be completed individually, rather than by household. I know from speaking to many people in my role as a councillor that a lot of people are not aware of these changes, which potentially means they’ll miss out on being able to vote. I believe that it is important that people are informed of the changes, but unfortunately, the government reforms have failed to tackle this. Women not turning up to vote will be particularly bad for UK democracy because governments develop policy and party manifestos to appeal and reach out to voters and, largely, ignore those that don’t vote.

There are many factors that have affected the turnout of women going to vote. I come across many women on the doorstep, who are disengaged with the politics, parties and the voting process. Currently, men outnumber women 4 to 1 in Parliament, where women just make up just 22 per cent of MPs.  I am part of the Fabian Women’s Network Executive and we try to hold and attend events involving and encouraging women to participate in policy matters. We also offer a mentoring scheme to help women develop their political and public life skills.

All political parties need to come together to broaden the opportunities of the electoral process. A lot of women, like young people live on mobile phones, tablets and laptops and we should move towards online voting to tap in those that are already engaged in politics through various means such as Twitter, Facebook and blogs. On Tuesday 2 March, Areeq Chowdhury, Founder of WebRoots Democracy launched his report ‘Viral Voting’ in Parliament. The findings in the report show that online voting would encourage women, particularly young women, to vote than it would for men. Furthermore, that it could boost overall turnout in a general election by 9 million and boost youth voter turnout by 1.8 million, taking turnout to 70 per cent, up from 44 per cent in the 2010 general election. With these figures in mind, I urge you to read the report and join WebRoots Democracy’s campaign for online voting as it has the potential to help increase female voter turnout.

Abena Oppong-Asare is a Councillor in Bexley, the Deputy Leader of the Labour Group, and on the Fabian Women’s Network Executive.

This was originally published on the New Statesman here.