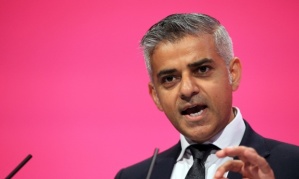 In his speech to the Labour Party conference in Manchester today, Labour’s Shadow Justice Secretary, Sadiq Khan announced that should the Labour Party win the General Election in 2015 they will introduce ‘electronic voting’.

After commenting on the Scottish independence referendum, Khan, who is tipped to be a Labour candidate for the 2016 London Mayoral election, said the following:

“Westminster has become a dirty word.

We ignore this at our peril.  That’s why Labour will overhaul our democracy.  Making it as easy as possible to vote.  Transforming elections so that voting is in tune with the busy lives people lead.

It is also not clear what process of electronic voting they will pursue.

Undoubtedly, we will endeavour to find out the detail on this policy.

In addition to this, Khan said that Labour are committed to democratic reforms in other areas and said that ‘votes for 16 and 17 year olds is an idea whose time has come’.

This is a move that Scottish First Minister Alex Salmond also pushed for yesterday.

We supported the call for the right to vote to be extended to 16 and 17 year olds in a discussion on London Live yesterday alongside youth charity vInspired and online news organisation Shout Out UK.

This can be watched here.

Today’s announcement makes the Labour Party the first major political party in the UK to commit to digitalising the voting process.

Whether this translates to online voting is yet to be seen, but keep your eyes peeled here for the detail when it comes.