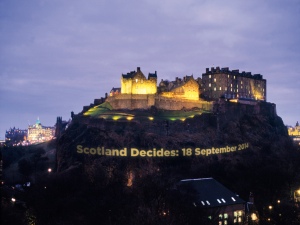 After a passionate, heated and tightly-run two-year campaign, over 665,000 registered voters did not cast a vote in the Scottish independence referendum.

This represents over 15% of the 4 million Scottish people that registered to vote and is a number that could have changed the result to a ‘Yes’ victory.

However, in a referendum campaign that was of such constitutional importance to not just Scotland, but to the entire United Kingdom, it is significant that so many registered voters did not turn out to vote.

The referendum presents a perfect case study of a close-run vote that commentators and pollsters said could go either way, and a campaign that has been at the forefront of media attention for the past two years. It is inconceivable to imagine that these voters ‘did not care’, ‘forgot about’ or were ‘apathetic’ to such an important question.

It has certainly been one of the most digitally engaging campaigns with millions of people taking part in the debate online on all kinds of social media platforms with tweets, statuses, videos, vines, and photos.

It is rare to have such engaging political campaigns, but we should build on this and ensure that everyone is able to have their voice counted in democratic decisions.

Do you think the introduction of an online voting option could help bridge that gap in future elections? We are keen to hear.

If you haven’t already, take our short one-minute survey on politics, social media, and online voting here and email us your thoughts on why over half a million didn’t vote to hello@webrootsdemocracy.org.