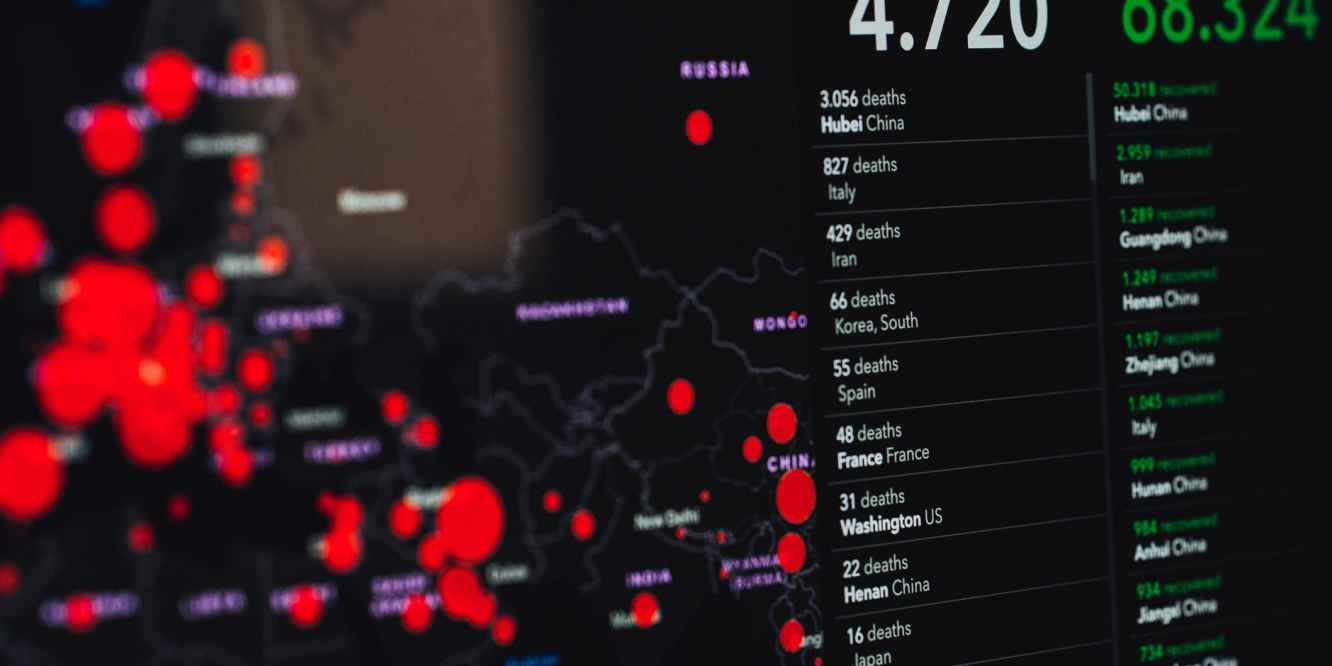 According to conspiracies, COVID-19 is a hoax; vaccines are going to implant trackable microchips in humans; COVID-19 is the man-made creation of powerful individuals for nefarious ends.

However baseless these claims might be, a recent study revealed widespread belief in COVID-19 conspiracy theories in England, with nearly 75% of respondents expressing they were ‘sceptical about the official explanation about the cause of the virus’ and nearly half endorsing, to some degree, that ‘the virus is produced by powerful organisations (e.g. government, military)’.

While conspiracy theories have been dismissed as fringe speculation, conspiracy thinking has, in fact, become more widespread among the general population. And although conspiracy theories are not a new phenomenon, their salience today is concerning when it blurs the boundaries between empirical fact and wayward fiction. In a quest for truth where does the modern citizen turn?

In response, media outlets have embraced fact-checking in an effort to spotlight ‘the truth’. A notable development has been Twitter and Facebook increasingly adding additional information labels to posts deemed misleading and factually incorrect. One might wonder what credentials you need in order to substantiate the veracity of any fact check at all.

The challenge with combating conspiracy theories in this way is that counter-evidence is usually disregarded or spun by believers as further evidence for the conspiracy itself, warning against trusting the mainstream narrative. Despite this being the common mode of addressing disinformation, such efforts can only go so far. The solution must go beyond raising the profile of facts to suppress conspiracy theories. It is important to understand where these conspiracy beliefs stem from and why more and more people are drawn into their narrative.

Since late 2019, the novel coronavirus COVID-19 has infected huge swathes of the global population and claimed over a million lives, but it is the nebulous phantom behind the menace that has fired speculators’ imagination. As early as February the WHO Director-General warned “we’re not just fighting an epidemic; we’re fighting an infodemic”. False conspiracies have certainly flourished amidst waning confidence in information sources, proving grist to the mill of the conspiracy theorist.

The dangers associated with conspiracism

In the context of a disease pandemic, conspiracism can threaten believers’ and non-believers’ health and safety. For example, evidence suggests believing conspiracies about COVID-19 is associated with less adherence to the necessary government guidelines, like social distancing, and/or reduces vaccination intentions. Anarchic elements like these make research on understanding conspiracy thinking so crucial, especially given their prevalence during this pandemic.

The climate of doubt

There is a growing body of literature exploring the prominence of conspiracy belief in a modern context. Particularly interesting, however, is Stef Aupers’ assessment of contemporary conspiracy theories and why people believe them. He paints a picture of society, affected by processes of modernisation, where increased paranoia, uncertainty and distrust have led to an increase in conspiracy thinking.

For many, the Enlightenment period paved the way for the use of science and reason to advance understanding, as opposed to religion, but, unlike religion, science neither monopolised truth nor provided clear, accessible explanations, since the very nature of scientific reasoning encouraged questioning and speculation, often leading to contradictory, complex findings.

According to Auper, whilst conspiracy theories are often deemed anti-modern, they are largely a consequence of modernisation processes that have increased uncertainty and ultimately led to a ‘climate of doubt’.

The allure of conspiracy theories during the COVID-19 pandemic

Conspiracy narratives are cognitively appealing to an audience dubious of the official versions of events, and ‘unclear’ and ‘contradictory’ messages from government sources have served to deepen confusion about the novel coronavirus (e.g. Perraudin, 2020). By presenting clear, internally-consistent answers to complex phenomena, conspiracy theories might create an illusion of greater explanatory power than official versions and bring some degree of cognitive closure in the face of confusion.

“Barely a day goes by when we are not reminded that trust in political institutions is low.”

As trust lubricates cooperation, it is especially crucial in the midst of the COVID-19 pandemic.

There is no question that falsehoods blight the information environments, the issue is the extent of the damage and just how citizens respond to their narratives.  In the knowledge that conspiracy theories are now deep-rooted in modern culture, fact-checking will not substantiate plausibility; after all we cannot be sure people trust the fact checkers, especially those who have already subscribed to conspiracies.

I do not wish to downplay the complexity of regaining trust among citizens, rather the contrary, that addressing conspiracy thinking is a multifaceted process of revitalising modern-day politics. Facts are truths about events as opposed to their interpretation; closing the door that allows for interpretation reeks of autocracy, so fact-checking evidence and processes must be public and transparent. The problem is that sometimes there is nobody who understands the salient facts, and the only route is to interpret the limited data available. Where this happens, as with the COVID-19 pandemic, credible governance should be open about genuine truths, and be wary of exploiting gaps in public knowledge, even when it is racing the clock.

In conclusion, the one element that blankets all that I have said, and helps us to understand difficult decisions and processes, is education. It is the latter that can build political trust and certainty, because it invites truth and the understanding of possibilities, it seeks broad evaluations and explores avenues of hope. The converse, namely ignorance, is a sure-fire road to the crumbling of the defences, which protect us from falsehoods, extremism and conspiracies.

Olivia Migliari is a volunteer with WebRoots Democracy and a Politics and International Relations student at Royal Holloway, University of London.