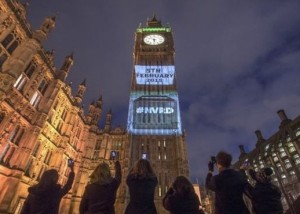 The general election has now been and gone marking the end of a turbulent five years of history. For many people it has resembled a continuing saga of recession, gloomy and apprehensive, of tightened belt-buckles and bare pockets. And not least for young people, a still largely ignored section of society for whom the election result similarly represented more of the same: a preservation of the status-quo and the suppression of lingering hope, rather than the Dylanesque changing of the times that many were hoping for.

But where did it all go wrong? It was, after all, a tumultuous five years. We had referendums and riots, austerity and outrage, protests and petitions. Many were wondering if there was going to be a youthful surge, with 14% more young people reportedly registered to vote, potentially heralding the largest youth turnout for over 50 years. If this was true then it would have surely meant a swing to the left and a probable dethroning of the Conservatives.

In the end the wish failed to materialise (as most exit polls had suggested). It turned out that only 43% of 18-24’s voted; no 50-year trend bucked, rather a lingering of apathetic malaise. But the hope wasn’t necessarily misplaced. Young people could have affected the outcome. Some may argue that Labour lost the election, that the Scots gifted the Tories victory, or that even the Tories simply ran the best campaign. However you could also argue that the abstinence of young voters contributed heavily to the outcome.

The UK has an ageing population and a powerful professional class. And guess what? These people generally go out and vote (Conservative). As one commentator put it: “the Conservatives did well with voters that turn out. Labour did well with voters who don’t vote.” The Ipsos-Mori statistics on which he was commentating on illustrate it clearly. The highest turnout groups were amongst older and higher-income people, whereas “Labour only had a clear lead over the Conservatives among 18-34s, voters in social class DE, among private and social renters, and BME voters”, or in other words the younger (and/or poorer) demographic. Likewise the Greens. But these people evidently didn’t turn up and the government breathed a sigh of relief.

In contrast 80% of 2010 Conservative voters faithfully voted blue again. Why? Because they understand how their vote serves them and, in turn, are better integrated into the political process than the younger demographic. And duly they get their wishes: to make immigration the hot topic, to have their taxes lowered and their TV license renewed while the youth are plied with debt, prevented from home-ownership, and struggle to find a decent job. The apathy and disconnect from the democratic process that it creates is a vicious circle, dis-incentivising the rulers from formulating beneficial policies for them. Young people need to feel more involved in the political process so that they can see how they can affect change (as happened in certain marginal seats and the Scottish referendum).

So how do we boost youth turnout? A huge step would be the introduction of online voting. Apart from the financial savings, reductions in accidentally spoilt ballots and more efficient counting process, this shift could potentially bring in a further 9 million people into the voting process, many of them young people. This digitally-savvy demographic also happen to be socially liberal, positive about multi-culturalism, pro-Europe and more concerned about housing, jobs, the NHS, tuition fees, inequality and the environment rather than immigrants, taxes and war.

It’s not just about forcing young people to vote or even about fighting apathy. They care about their future and are demanding more representation and desiring change. Student protests, the Occupy Movement, anti-austerity marches, e-petitions, boycotts and voluntary service participation are all evidence of this, processes and events driven by the younger demographic. The main problem is that the current political system excludes and alienates them. The debates are staid and monotonous, the rhetoric unrepresentative and the process like a pantomime. The idea of even going and queueing at a polling station to vote for people you hardly have even heard of is archaic and unappealing to them. Despite the pre-election gabble many young people didn’t even know how to register or vote.

The benefits of online voting aren’t just limited to their potential to increase turnout, but more in their ability to elucidate the process and drag it into the 21st century; the era of social media and online engagement. It’s already been tried and tested in Estonia, India and Israel, helping to “crowdsource public opinion and channel the collective voice of communities”. This is what the UK needs. This is the first step to empower young people and reform our political system to make it more representative and pertinent. Just as the future of democracy is digital, the future of voting has to be online.

Nick Kajkowski is an English teacher in Colombia and has a Master’s degree in International Relations from Lancaster University.