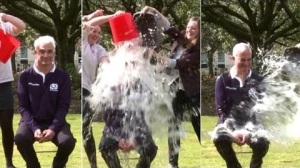 With just over two weeks to go until Scotland decides it’s future in the Independence Referendum, WebRoots Democracy has analysed the social media followings of the two official campaigns who have been hitting social media hard with videos, statuses, twibbons and even ice-bucket challenges: Yes Scotland and Better Together.

There is no data currently available for the number of YouTube subscribers to Yes Scotland’s channel, however in the number of views, Better Together is leading with 1,036,668 views compared to the Yes campaign’s 600,333.  However, this may be in part due to Better Together’s ‘The woman who made up her mind‘ video which came under heavy criticism on social media.

Not including YouTube, the Yes Scotland campaign is winning on social media with 58.7% compared to Better Together’s 41.3%.