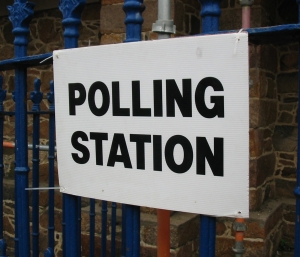 How low does voter turnout have to be before it is declared a crisis in our democracy? Ten percent? Five? I would argue that we have been at crisis levels for a while now, at least since the turn of the century.

There are various factors contributing to low turnout which have often been debated and deliberated over, however I wish to discuss one of the more obvious ones: our method of voting.

Since the arrival of the noughties, we have all entered into what the history books may one day label as ‘the digital age’. The rise of Google since it’s formation in 1998 has brought a world of almost limitless information to our fingertips, making items that were once necessities such as telephone directories and dictionaries obsolete.

Fast-forward another three years and Mark Zuckerberg and his college room-mates give birth to Facebook, revolutionising the way we socialise and organise.

Finally, just eight years ago, in 2006, twenty-nine year old Jack Dorsey sent the first ever tweet (to presumably no followers): “just setting up my twttr”.

Meanwhile, in amongst all of this, our democratic process in the UK has remained static. Whilst technology has leapt forward, realising new levels of potential and benefit to our lives, we have stuck with our same old method of voting – by ink and paper.

And whilst we have kept calm and carried on voting as they did in the late 1800s, turnout in the digital age has been on the decline.

Compared with 1945 to 1997, average voter turnout in noughties UK General Elections has dropped from over three-quarters voting to just less than two-thirds. The lowest turnout of all age groups has been for young people aged eighteen to twenty-five. In the last three General Elections, less than half of young people voted, with only 44 per cent voting in 2010. Contrast that with the 76 per cent of those aged over sixty-five that voted.

In case you haven’t guessed yet, I am making the case for online voting.

Picture, if you will, a child born today in 2014. In eighteen years time (or sixteen, if the Votes at 16 campaign is successful), that child will be eligible to vote for the first ever time. And what will the world be like in the year 2032? As I mentioned earlier, in just eight years we went from no Google, no Wikipedia, no Facebook and no Twitter, to millions of us relying on them every single day.

I do not possess the intellect to know how much further technology will advance in eighteen years (Google Contact Lenses?). However, I imagine, if it doesn’t already to us, voting by pen and paper will feel extremely old-fashioned and out-dated.

Thus, with regards to online voting, it is not a question of ‘if’ but of ‘how’ and ‘when’. Voting online would have universal benefits to those of all ages and abilities.

On top of that, it can be done.

We have already proven that we can securely submit sensitive data online. In 2011,3.6million of us completed the Census online for the first ever time. Millions of us are regularly banking online, and thanks to the likes of Amazon and eBay, we are transforming from a nation of shopkeepers to a nation of retailers.

Albeit in a different system, online voting has already been successfully implemented in Estonia, with almost a quarter voting online in their 2011 parliamentary elections.

In the UK, a much more ‘e-ready’ country, we can help lead the way for interactive, online voting. Although it would take a separate article to fully expand upon, measures can be put in place to combat fraud such as live monitoring of votes, unlimited voting where the last vote counts, and the same robust security systems that are used for internet banking.

The popularity of clicktivism, e-petitions, and political blogs such as this are evidence that people are willing to politically engage online. The present and the future is digital. The time for developing online voting is now. All that is missing right now is the will to make it happen.

So, I urge you to join the campaign for online voting and help fix the crisis in our democracy.

This was originally published on Left Foot Forward here.